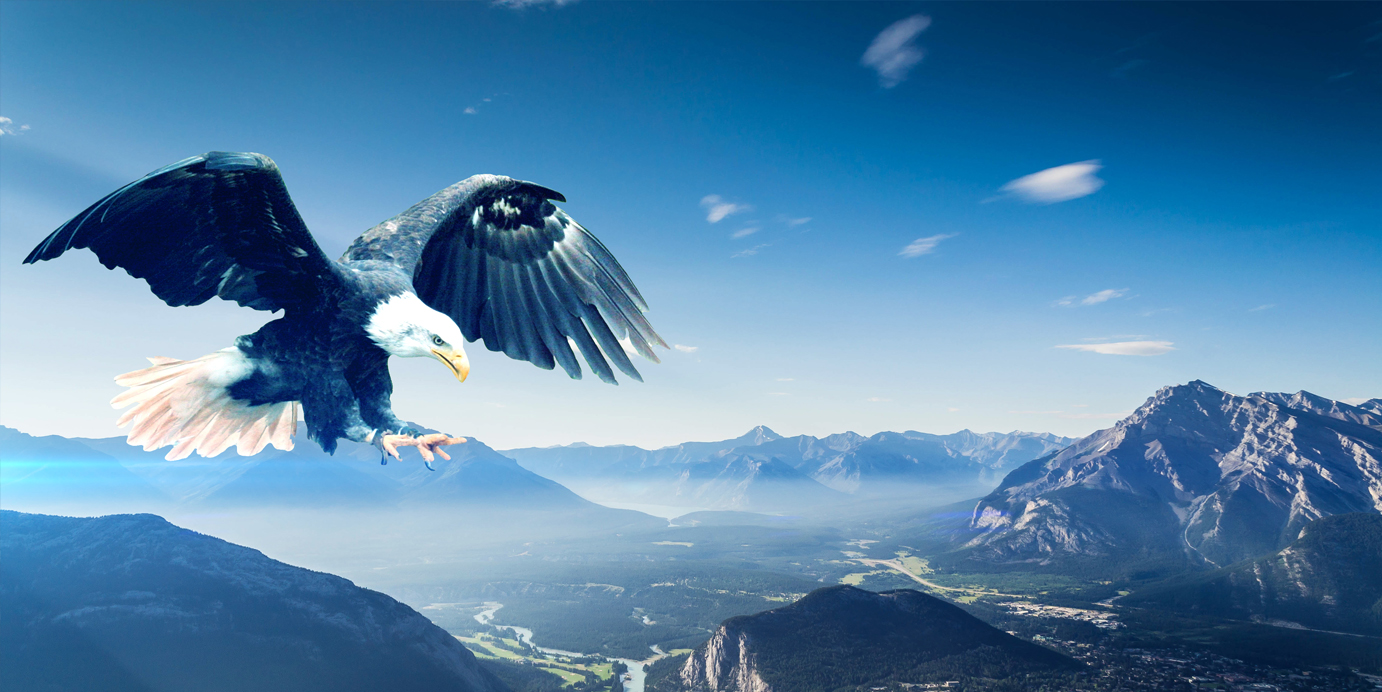 Once upon a time, a long, long while ago, the Sun, the Wind, and the Moon were three sisters, and their mother was a pale, lovely Star that shone, far away, in the dark evening sky.

One day their uncle and aunt, who were the Thunder and Lightning, asked the three sisters to have supper with them, and their mother said that they might go. She would wait for them, she said, and would not set until all three returned and told her about their pleasant visit.

So the Sun in her dress of gold, the Wind in a trailing dress that rustled as she passed, and the Moon in a wonderful gown of silver started out for the party with the Thunder and Lightning. Oh, it was a supper to remember! The table was spread with a cloth of rainbow. There were ices like the snow on the mountain tops, and cakes as soft and white as clouds, and fruits from every quarter of the earth.

The three sisters ate their fill, especially the Sun and the Wind, who were very greedy, and left not so much as a crumb on their plates. But the Moon was kind and remembered her mother. She hid a part of her supper in her long, white fingers to take home and share with her mother, the Star.

Then the three sisters said good-bye to the Thunder and Lightning and went home. When they reached there, they found their mother, the Star, waiting and shining for them as she had said she would.

What did you bring me from the supper? She asked.

The Sun tossed her head with all its yellow hair in disdain as she answered her mother.

Why should I bring you anything? She asked. "I went out for my own pleasure and not to think of you."

It was the same with the Wind. She wrapped her flowing robes about her and turned away from her mother.

I, too, went out for my own entertainment, she said, "and why should I think of you, mother, when you were not with me?"

But it was very different with the Moon who was not greedy and selfish as her two sisters, the Sun and the Wind, were. She turned her pale sweet face toward her mother, the Star, and held out her slender hands.

See, mother, cried the Moon, "I have brought you part of everything that was on my plate. I ate only half of the feast for I wanted to share it with you."

So the mother brought a gold plate and the food that her unselfish daughter, the Moon, had brought her heaped the plate high. She ate it, and then she turned to her three children, for she had something important to say to them. She spoke first to the Sun.

You were thoughtless and selfish, my daughter, she said. "You went out and enjoyed yourself with no thought of one who was left alone at home. Hereafter you shall be no longer beloved among men. Your rays shall be so hot and burning that they shall scorch everything they touch. Men shall cover their heads when you appear, and they shall run away from you."

And that is why, to this day, the Sun is hot and blazing.

Next the mother spoke to the Wind.

You, too, my daughter, have been unkind and greedy, she said. "You, also, enjoyed yourself with no thought of anyone else. You shall blow in the parching heat of your sister, the Sun, and wither and blast all that you touch. No one shall love you any longer, but all men will dislike and avoid you."

And that is why, to this day, the Wind, blowing in hot weather, is so unpleasant.

But, last, the mother spoke to her kind daughter, the Moon.

You remembered your mother, and were unselfish, she said. "To those who are thoughtful of their mother, great blessings come. For all time your light shall be cool, and calm, and beautiful. You shall wane , but you shall wax again. You shall make the dark night bright, and all men shall call you blessed."

That is why, to this day, the Moon is so cool, and bright, and beautiful.